The Lava River Cave near Bend, Oregon, is part of the Newberry National Volcanic Monument, which is managed by the United States Forest Service. The cave is an excellent example of a lava tube. At 5,211 feet in length, the northwest section of the cave is the longest continuous lava tube in Oregon. While the cave’s discovery in 1889 was officially credited to a pioneer hunter, the presence of obsidian flakes near the cave has led archaeologists to conclude that Native Americans knew about the cave long before settlers arrived in central Oregon.

Explore a mile-long lava tube. Lava River Cave offers self-guided exploration of a mile-long lava tube. It takes approximately 1.5 hours to tour the entire cave. Initial access descends 55 stairs to a combination of flat boardwalk, uneven surfaces and stairways. In the interest of preventing the spread of White-nose Syndrome to bats that reside in the Cave, the Forest Service asks that you not wear or bring into the cave any clothing or gear you have used in a cave or mine outside of Oregon or Washington. Make sure to wear close-toed shoes and warm clothing. If you are looking for a cooler hike during the summer months, average temperature in the Cave is 42 degrees Fahrenheit. 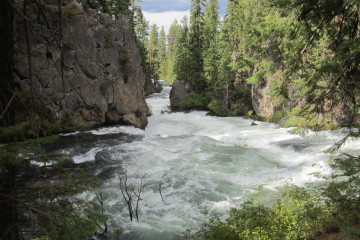 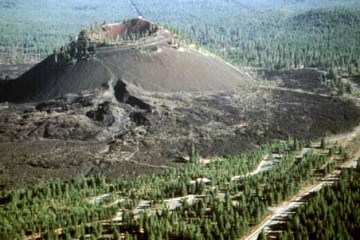 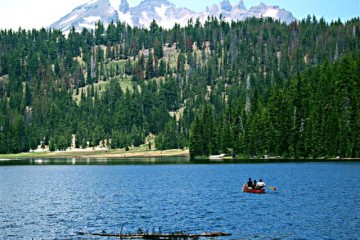