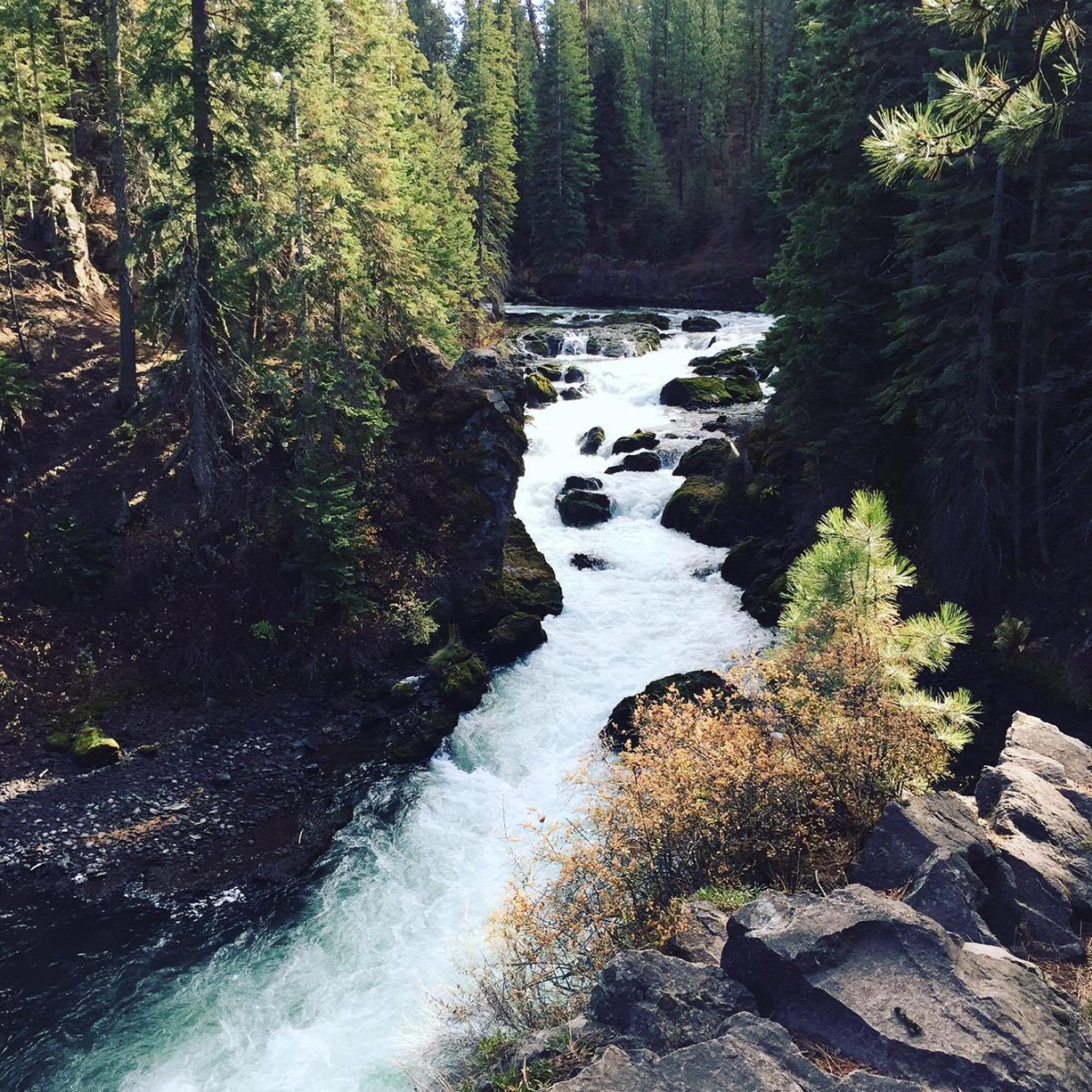 Benham Falls are rapids of the Deschutes River located between Sunriver and Bend, Oregon, United States. The falls were created by the eruption of nearby Lava Butte approximately 6,000 years ago, as the lava flow dammed the Deschutes, forming a lake known as Lake Benham. The river eventually flowed over the dam, draining the lake and thus forming Benham Falls. Around 1885, J. R. Benham attempted and failed to file a land claim near the falls, though they were later named for him.

The Benham Falls trail is a gentle and scenic hike fit for anyone who wants to experience the famous outdoors of Central Oregon. There is a paved path from Sunriver to the falls that makes for an excellent bike ride!