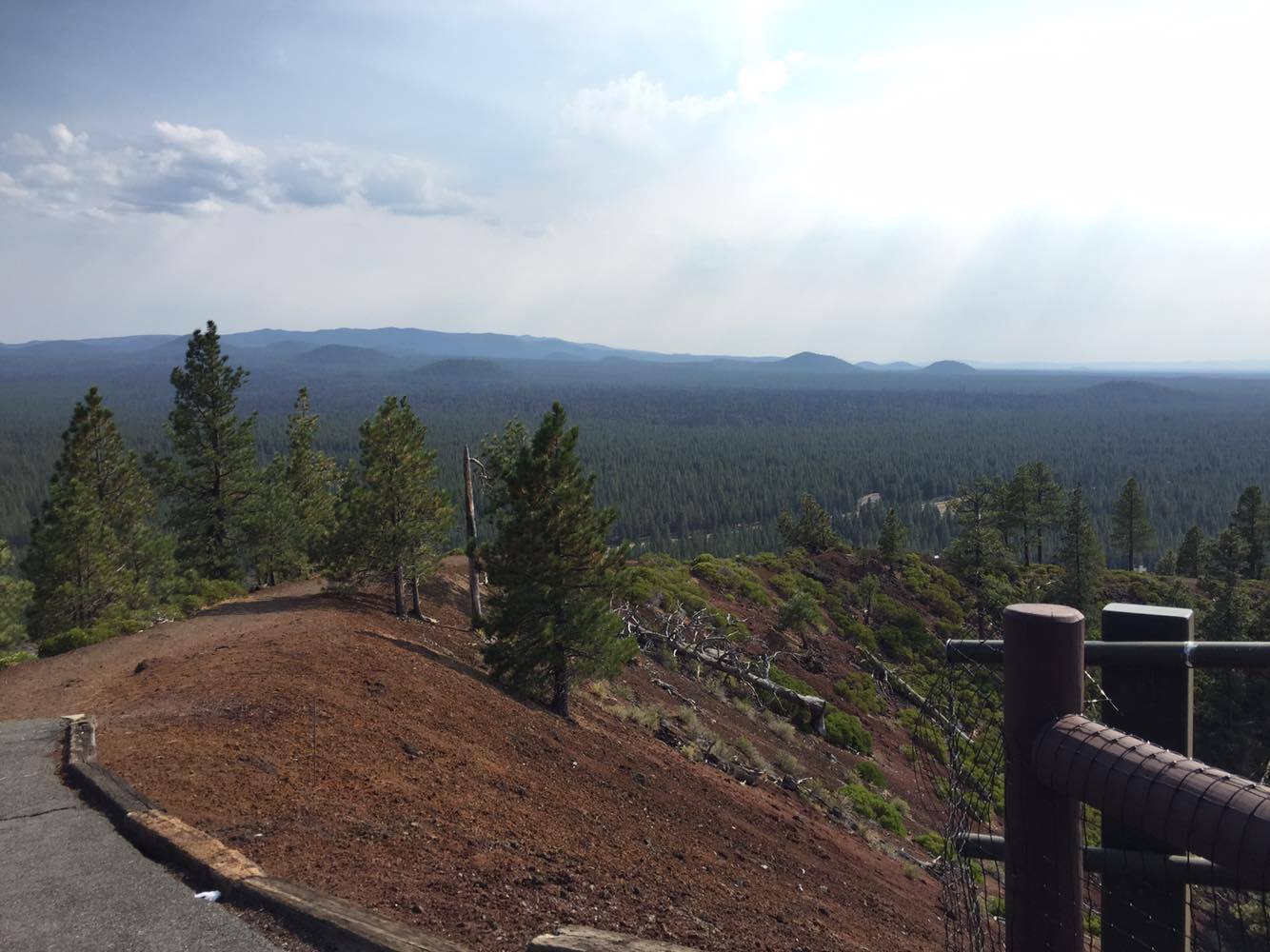 Lava Butte is a cinder cone located in central Oregon, USA, just west of US Highway 97 between Bend and Sunriver. It is part of a system of small cinder cones on the northwest flank of Newberry Volcano, a massive shield volcano which rises to the southeast. The cinder cone is capped by a crater which extends about 60 feet deep beneath its south rim, and 160 feet deep from the 5,020 feet summit on its north side. Lava Butte is part of the Newberry National Volcanic Monument.

The Lava Butte experience begins at its base, with the Lava Butte Visitor Center. Take some time to learn about the fascinating history and environment of Lava Butte. Afterwards, take the short drive (or hike!) to the summit and explore the surrounding area, including the fire tower and 0.75 mile interpretive trail loop explaining the geology of Lava Butte’s lava flow.

The visitor center is 11.7 miles south from Bend on Highway 97. There is a $5 day pass fee to explore the area if you don’t have a Northwest Forest Service Permit.